Serial Killer Used His Garden As A Crematorium

Serial Killer Used His Garden As A Crematorium 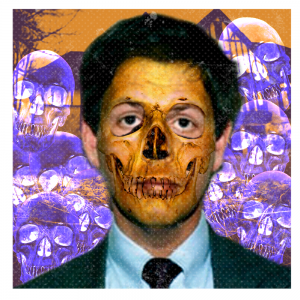 Thirteen-year-old Erich Baumeister’s garden was like paradise for the other kids in the neighbourhood. There were 18 acres of grass and rough woodland, open space and dense bushes, and since none of it was very well cared for, there was no fear of offending Mr. and Mrs. Baumeister.

You couldn’t offend the Baumeisters by tramping about in their garden anyway. Their huge mansion on the million-dollar-plus estate at Westfield, Indianapolis, was a tip. All the rubbish in the state seemed to be piled up there.

Erich’s pal and neighbour Kevin Dennison dived behind a clump of bushes into a clearing. “Look what I’ve found!” he shouted, emerging from the other side of the bushes. What he’d found was a human skull, complete with teeth. Laughing, the boys held it aloft like a trophy.

“Let’s see if we can scare the hell out of Emily,” said Erich. Emily was his younger sister. They hoisted the skull on a pole and marched back into the mansion. Emily screamed. Erich’s mother Mrs. Julie Baumeister, arriving to see what the noise was all about, looked startled.

“Where did you get that, Erich?” she asked. She followed him back to the clearing and Kevin pointed to the ground. Julie stared. There were brown sticks that looked curiously like bones scattered about and she didn’t feel inclined to investigate. “Leave it where you found it,” she said with a shudder. “Come inside now, I’ve got some doughnuts.”

When Herbert Baumeister returned home from work that evening Julie mentioned the skull to him.

Herb shrugged. “I know all about it,” he said. “It used to belong to the skeleton my dad used when he was at medical school. The raccoons must have dragged it out of the garage.”

That was all right then, Julie thought. She had never seen her father-in-law, the late Dr. Baumeister, with a skeleton in his surgery, but as she was to say much later, “It wasn’t as if I had nothing else to think about.”

She didn’t entirely erase the discovery from her mind, however. Several days later she went back to the spot where the boys found the skull. She stared hard at the ground. The brown sticks she thought might have been bones were all gone. Was she in the right place? She was certain of it but there were no bones.

The woodland animals must have taken them away, she thought. Especially the raccoons. They were nesting in the roof of the mansion, leaving their pee everywhere, gradually causing the roof to collapse and raising a terrible stink.

A year later Julie Baumeister, co-director of the Save-A-Lot chain of stores founded by her enterprising husband, had good reason to recall the skull found in her garden that December day in 1994. Without knowing it at the time, she had peeled off the first layer of her bisexual husband’s extraordinary secret double life of crime…

Read the full report in Murder Most Foul No. 114 »