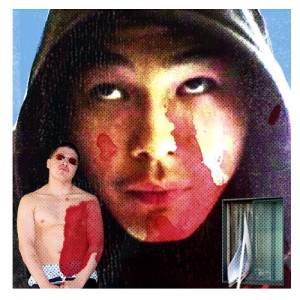 Jerry Active probably wasn’t even thinking about the future in any shape or form when he strode out of Anchorage Prison. For the moment all that mattered was that he was free! And Active lived only for the moment. It was time to celebrate. He needed to buy some drugs and get drunk.

First, though, that meant getting some money. His pockets were empty.

Strolling along at a leisurely pace, he made his way to Mountain View, an Anchorage district peopled by south-east Asian immigrants.

He had been out of jail for exactly 12 hours when, that evening, he broke into a ground-floor flat which was home to an extended family of Cambodian immigrants. In the flat were Touch Chea, 71, and his wife Sorn Sreap, 73, plus the family’s matriarch, 92-year-old Sreap Yan, and a two-year-old toddler.

The flat belonged to a married couple who were relatives and who had gone out to see a movie with their young son for the evening. The couple were Von Seng and his wife Lisa.

Jerry Active knew none of these people, but that didn’t matter to him. He set about the family mercilessly. He beat Touch Chea and Sorn Sreap to death, mostly by kicking them, and then sexually assaulted the two-year-old girl and the 92-year old granny, who suffered from dementia. The horror of the murderous rampage probably killed her, for she died less than two weeks later.

Von Seng and Lisa returned from their cinema visit at about 8 p.m. They found the door locked from the inside by the chain, and the front window, usually kept open, had been jammed with a dowel. But peering through the glass they could see the body of one of their grandparents.

Von Seng forced his way into the flat through a window and the first thing they saw was the two brutalised bodies. They called the police.

Lisa ran into their bedroom, crying hysterically as she looked for their daughter, the two-year old. She was confronted by Jerry Active, naked, in the act of raping the little girl. As she reached for the child he punched her in the face…

Read the full report in Murder Most Foul No. 103 »