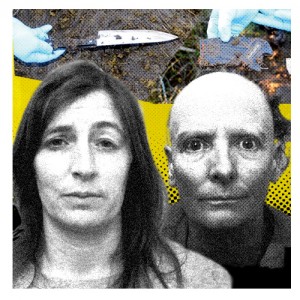 The problem for sex-mad Sarah was that her lover, an ex-fireman, had gone off with this other woman. She was distraught, because they had revelled in their physical love together. Text messages and explicit photographs of herself in the nude that she sent to the former fireman revealed the intensity of the pair’s affair.

The ex-fireman had met Sadie Hartley, a brilliant career woman, in the mid-2000s. Like him, Sadie was divorced. She was living in Buckinghamshire, and their relationship was intermittent at first, before becoming more serious around 2010. They went on holidays together and she shared his love of skiing and the outdoors.

In October 2014, the ex-fireman ended the affair with Sarah Williams who went slowly berserk. She was frantic to rekindle her relationship with him. But to get him back into her bed she had first to fracture his relationship with Sadie. If she failed to do that, she decided, the only solution would be to kill Sadie…

Eventually Sarah texted her accomplice Katrina Walsh, signalling that the 18-month period they had spent plotting Sadie’s murder was about to come to an end. “Suddenly it’s time,” she wrote.

On the cold winter night of January 14th, Katrina Walsh and Sarah Williams set out with their murderous weaponry. They used the 500,000-volt stun gun to paralyse Sadie on her front doorstep and, while she was helpless, Sarah Williams set about her frantically and viciously with the kitchen knife, before leaving her dying in her hallway from multiple stab wounds. When Sadie’s body was found, police officers described it as one of the most appalling scenes they had ever witnessed…