Killer Mom Chopped Up Her Son

Killer Mom Chopped Up Her Son 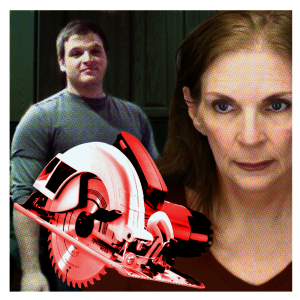 The last time anyone saw Ramsay was on the afternoon of January 24th, 2014. Although they didn’t comment on it or complain at the time, his immediate neighbours heard the erratic sound of an electric saw, and a smell from a mixture of bleach, chemicals and burning seemed to be seeping from his apartment.

Two days later, on January 26th, Donna Scrivo rang the police and reported Ramsay missing. She said he’d left home the previous day and wasn’t returning her calls. She’d contacted family and friends to see if they had any news of him, and been out frantically searching for him.

Over the next four days, Donna was often out and about in her car: visiting family, collecting pizza from Domino’s, attending an appointment about car insurance, filling up at a garage, and shopping for rubbish bags, carpet cleaner, air freshener, tarpaulin and a new vacuum cleaner. She also made three trips to the local hardware store to buy an electric saw. On January 30th, neighbours spotted her loading black rubbish bags into the boot of her car.

That same day she was seen driving slowly along the local Fred Moore Highway throwing or dropping items at intervals on the roadside.

A few hours later, two women collecting their children from school pulled over to examine what they thought was road kill. As they got closer, a severed head rolled out in front of them.

“My God. I’ve seen that head every day of my life ever since,” said Amanda Stamplis. “It was horrific.”

Another motorist was so incensed that someone had thrown rubbish on a public road that he stopped to see if they’d left any clues to their identity. Body parts fell out as he untied the bag.

Along with several other bags containing human remains – including a ripped-out stomach – police found an electric saw and burned clothes.

Back at Ramsay’s apartment, forensic teams noted a strong smell of bleach, but found only very small bloodstains here and there. A clear picture of what had happened only began to emerge when Ramsay’s autopsy revealed that he’d been drugged with a tranquilliser called Xanax and strangled in his bedroom before being dismembered in the bath…