Soham: Why Huntley Became A Child-Killer

Soham: Why Huntley Became A Child-Killer 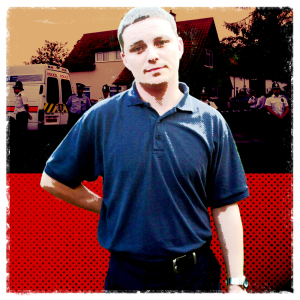 Special Constable Sharon Gilbert raised an eyebrow when, in the middle of a murder hunt, volunteer searcher Ian Huntley casually asked her: “How long does DNA last?”

Sharon said later: “I just thought it was strange, very strange. It is just not what a normal member of the public says to someone who is sitting in uniform in front of them.”

It was indeed strange. For Ian Huntley, the man asking the questions, was the man everyone was looking for. He was the killer.

The special constable reported the conversation to her superiors and the casual inquiry threw suspicion on Huntley. He was taken in for questioning.

The search had started out to find two missing schoolgirls, Holly Wells and Jessica Chapman, both aged 10, who vanished from a barbecue Sunday lunch party 12 days earlier.

Reconstructing the events, police believed that within hours of that conversation with Sharon Gilbert, Huntley, who had been helping to search for the missing girls, returned to the woodland where he had dumped the bodies to remove any DNA evidence he might have left on them.

They surmised that he cut off the girls’ distinctive Manchester United replica shirts and tried to burn them. He later dumped the identical shirts in a bin at the school where he worked as a caretaker, covering them with a bag of rubbish.

He reckoned that because the police had already searched the school once, they wouldn’t come back. But he was mistaken – they did go back. And Special Constable Sharon Gilbert said: “When the shirts were found in such a bad condition there really was no hope of finding the girls alive.”

Huntley, 28, who had betrayed himself with his DNA questions, was arrested and charged with two counts of murder…