The Cruel Casanova Who Liked To Inflict Pain – And Then Death

The Cruel Casanova Who Liked To Inflict Pain – And Then Death 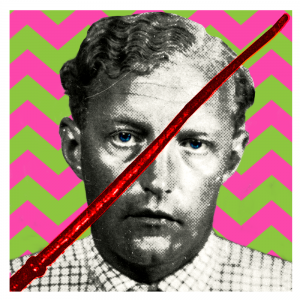 The dead woman’s face was frozen in fear. There was a bruise on her cheek, and her head was all that was visible until detectives pulled back the bedclothes to reveal her nude, mutilated body.

The manageress of the Pembridge Court Hotel, in London’s Notting Hill Gate, had called the police shortly after 2 p.m. on Friday, June 21st, 1946. Minutes earlier she had knocked on the door of Room 4. The chambermaid wanted to clean, but the registered occupants, Lieutenant Colonel and Mrs. Heath, hadn’t come down yet.

It was Colonel Heath’s third visit to the hotel, and the manageress was loath to disturb the couple. Nevertheless, she had knocked on their door and entered the room.

Heath was a charming young officer who had said he was serving with the South African Air Force. There was no sign of him in the room: just the woman in the bed.

The next day newspapers briefly reported that Scotland Yard detectives were investigating the death of Mrs. Margery Gardner, a 32-year-old film extra found dead in the second-floor back room of the hotel.

At the crime scene it was apparent that the victim’s face had been washed. The rest of her body showed that she had been savagely beaten and whipped. The bed’s sheets were saturated with her blood.

Dr. Keith Simpson, the Home Office pathologist, counted the blurred marks of 17 lashes from a woven thong or whip. There were also teeth marks on her body and her nipples had been bitten off. Mrs. Gardner’s ankles were tied together with a man’s handkerchief and a poker had been forced up her vagina. Her wrists were chafed and red, so they had obviously been tied too. But she had not died from her beating. She had been strangled.

Nobody had seen her enter the hotel with Heath and nobody had seen him leave. No one had heard any unusual noise in the night. The immediate question was, who was this Lieutenant Colonel Neville George Clevely Heath of the South African Air Force?