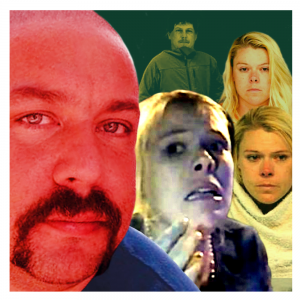 The 911 call came from Chacey Poynter. She claimed her husband had been shot, so she was understandably distraught.

Chacey waved down the police cruiser as it arrived on County Road 2595 in Hunt County, North Texas, about 40 miles north of Dallas, on September 9th, 2016. “My husband – he’s been shot in the head!” she cried. Covered in mud, barefoot and wild-eyed, she was clearly in a terrible way. She led Sergeant Shane Meek to the scene. As standard procedure dictated, his body cam was recording everything he saw and heard.

Robert Poynter, a decorated fire captain and head of the University Park fire department, where he had worked for 19 years, had been shot in the head. As Sergeant Meek was the senior officer at the scene, he interviewed Chacey – with his body cam still recording – both at the scene and in the ambulance that took her and her husband to hospital. “I’d been a police officer for 18 years and interviewed my fair share of suspects,” he said. “But I’d never encountered someone like Chacey.” This was the first murder that had been reported in the county for several years. And now, “She was my first murder suspect.”

What surprised Sergeant Meek that night was that Chacey Poynter decided to unburden herself to him as he was interviewing her about what had happened. At first, she had told him that she’d been out driving in the country. Her car had got stuck, and she called her husband, Robert, for help. But when he arrived to rescue her, he had been shot by a complete stranger who had immediately disappeared.

“She said her vehicle got stuck in the mud, so she called her husband for help,” Sergeant Meek said. “When he got in her car to help move the Jeep, he was shot by a man who emerged from nowhere in the dark and fired just feet away from her.” The gunman had been so close to Robert when he fired that wadding from a shotgun shell was embedded in his skull. “There was a man,” Chacey told the sergeant. “A tall man, taller than me. He was wearing dark clothes and I didn’t see his face or if he had a weapon. It all happened so quickly.”

Sergeant Meek had good reason to be puzzled. All his experience told him there was plenty about Chacey’s story that was off. “Some guy just happened to be standing in the shadows of the trees to step out and shoot this man from point-blank range, leave the wife alive and then just run off,” said the bemused cop. “It just made no sense. Besides, who would want to shoot a dedicated public servant, a decorated fire fighter?” Over the course of their conversation, Chacey’s behaviour had turned from hyperventilating hysteria to stuttering and filled with gaps, giving her more time to think of what to say.

“I think she was putting on an act,” said Sergeant Meek. “The more she talked, the deeper she was digging a hole for herself. She seemed more like a suspect than a wife…”