Horror In The House Of Gucci

Horror In The House Of Gucci 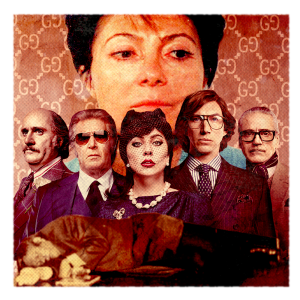 At 50 Patrizia Reggiani was still beautiful, but she had a problem. The Italian authorities believed she was responsible for the murder of her ex-husband Maurizio Gucci, 46, the fashion empire heir gunned down by a hit-man as he arrived at his Milan office on Monday, March 27th, 1995.

Three years after the shooting the alleged hit-man and his getaway driver were awaiting trial, together with a hotel night porter and Giuseppina “Pina” Auriemma, 52, a Naples clairvoyant who had been Patrizia’s confidante and formerly had a Gucci shop franchise. For more than a year Pina had refused to testify against Patrizia Reggiani, but in March 1998 she changed her mind.

She decided to talk because the police had told her that Patrizia was about to blame her for the murder, having herself failed to evade prosecution by claiming mental instability – she’d had a brain tumour.

The clairvoyant now told detectives that Patrizia had often told her she wanted her ex-husband dead. The couple had become estranged because of Gucci’s affair with another woman, separating in 1984 and divorcing 10 years later.

But Patrizia’s hatred for Gucci and her wish to have him murdered had since become an obsession, Pina claimed, and the fashion tycoon’s ex-wife had asked the clairvoyant to help her hire some Naples hit-men to do the killing…