Bodies In The Back Garden

Bodies In The Back Garden 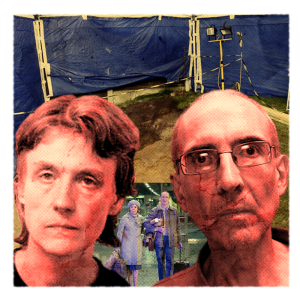 Records indicated that William Wycherley was approaching his 100th birthday, and in reviewing his benefits the Department of Work and Pensions needed proof that he was still around. So in September 2012 a letter seeking an interview was sent to him care of his son-in-law and daughter, Christopher and Susan Edwards.

When it reached them, however, they had a problem. William Wycherley was not about to become a centenarian. He’d spent the last 15 years buried in his Mansfield, Nottinghamshire, back garden, where the Edwards had hidden him and his wife after shooting them.

Throughout those 15 years they had been drawing the Wycherleys’ pensions. They’d also sold the couple’s semi-detached house, and on receiving the authority’s letter they fled their council flat in Dagenham, Essex, to hide in Lille, France.

Although Christopher Edwards, 57, spoke French, he couldn‘t find work in France. It wasn’t long before he and his 56-year-old wife Susan were broke, so he contacted a wealthy relative, appealing for money.

To explain his plight, he revealed that the Wycherleys were buried at their Mansfield home, claiming that Susan’s father had been shot by her mother. He said that Mrs. Wycherley had then boasted that she had slept with him, her own son-in-law, so his outraged wife had killed her.

The shocked relative contacted the police, and the equally shocked occupant of the Wycherleys’ former home soon had white-suited officers digging up her garden.

It didn’t take them long to find what they were seeking. In a patch near the kitchen window where the new occupant had found that nothing would grow, the police unearthed the Wycherleys’ remains. Wrapped in bedding, their bodies had been buried one on top of the other in a three-foot-deep grave. Each had been shot twice…