Hollywood Couple Slain And Cut Up By Handyman

Hollywood Couple Slain And Cut Up By Handyman 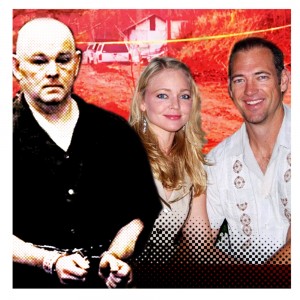 On March 12th, 2015, Cristie, JT and the unborn Skylar disappeared. Members of the family continued to receive messages from their phones. It was only on March 15th that they became suspicious and police were contacted.

A neighbour of the Codds reported to police that they had seen Owens dumping several rubbish sacks by his property late at night.

A search of the sacks by officers produced Cristie’s identity card and a wider search of the double-trailer was made. Once inside, an officer opened the door of a wood-burning stove in the kitchen, and found some human remains inside.

Owens told officers that the Codds had been helping him with his truck – it had become stuck in a creek. He was behind the wheel of the Codds’ 2008 Dodge Ram when it shot forward, running over the Codds. He then reversed back, running over them again.

JT was dead when Owens got out of the 4WD, but Cristie was still alive. Owens said he tried to save her but failed. Owens had been barred from driving and could face jail if the story came out. He panicked.

He decided he would make it look like a robbery gone wrong. He lifted some items from the Codds’ home – a laptop, some jewellery and a Glock handgun – and sold them in a pawn shop and at a flea market. He used the money to take his wife out to dinner.

Owens used Cristie’s phone to send messages that said the Codds were unwell.

He burned JT in the stove but took Cristie back to her home to dismember her with a reciprocating saw. He put her body parts in plastic bags before also burning them.

Suspiciously, Owens’s double-trailer was burned down on March 24th. Was it an angry resident expressing their feelings, some local toughs running wild on an empty property – or someone trying to destroy evidence?