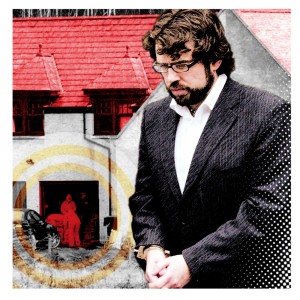 The Hallowe’en party in Michael Holding’s house was in full swing. Music was blaring, the drinks were flowing, and everyone was having a whale of a time under the direction of their genial host Ben Holding, Michael’s son.

Every now and then a guest asked Ben: “How’s your father getting on?” They had heard that Michael was on an extended holiday, recovering from the death of his beloved wife from breast cancer a year previously.

Dad was fine, Ben replied. He was enjoying himself so much away from home that he wasn’t sure when he would come back.

In fact, dad was far from fine. He was wrapped in a sheet and stuck head first into a wheelie-bin outside in the garden shed. Ben had dumped his decomposing body there several weeks previously, after murdering him.

A week later, Ben Holding held another party at his father’s home – a Guy Fawkes fireworks celebration. Then, just as at Hallowe’en, he was the life and soul of the party, even though he had to spend some time keeping guests away from the garden shed and its gruesome contents…