Fulham’s Murder Street – And The Woman In Red

Fulham’s Murder Street – And The Woman In Red 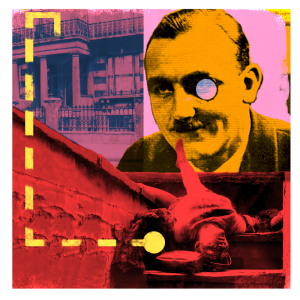 Today Finborough Road in West Brompton, Fulham, south-west London, is an extremely expensive place to live. But just after the Second World War little had changed since the early 1920s when this was a run-down area, and the crazed fantasist Ronald True murdered a prostitute in her Finborough Road flat.

In the late 1940s the street’s once-elegant Edwardian, Victorian and Georgian houses were still the haunt of prostitutes, and in the spring of 1948 history was about to repeat itself.

Around 5.45 a.m. on Thursday, May 6th, Alfred Stamp, a millwright, was walking down Finborough Road on his way to work when he was stopped in his tracks by a shocking spectacle.

A woman’s body lay sprawled on steps leading to the basement of number 17. She appeared to be in her mid-20s, wore a fur coat and a red dress, and one of her shoeless feet was protruding through the basement area’s railings.

Seeing that she was obviously dead and thinking she must have fallen, Mr. Stamp hurried to St. Stephen’s Hospital to report what he thought was an accident. At 6.30 a.m. Dr. John Higgs examined the body and called the police, and Detective Inspector Albert Webb arrived 10 minutes later.

The woman had clearly been dead for some time, and as the inspector examined the scene he noticed a plastic-clipped earring lying beside her, along with her handbag.

Thinking she might have fallen from the balcony of the first-floor flat at the front of the house, he went to the flat and in the middle room – a bedroom – he saw the tenant, 41-year-old George Cyril Epton, standing there in a bloodstained grey jacket and trousers.

“I suppose you have come about the murder,” Epton said…