Un-Making A Murderer? What Next For Steven Avery?

Un-Making A Murderer? What Next For Steven Avery? 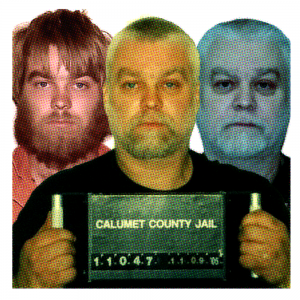 When Netflix first screened the American true crime documentary series Making a Murderer in 2015, it captivated the US and prompted an extraordinary frenzy of binge watching, outrage, and fiery debate.

Since then, millions of people all over the world have been glued to the story of Steven Avery, the owner of a car salvage yard in Wisconsin, who was freed from prison after serving 18 years for a rape he did not commit only to be convicted of rape and murder two years later.

The series has generated a fanbase so convinced of Avery’s innocence that they have marched, demonstrated, and lobbied their senators to mobilise support for him. Endless articles, interviews and programmes have followed up questions raised by the series as layer upon layer of re-investigation is added to an already labyrinthine legal saga.

But the very success of Making a Murderer – which has already won a sack of major awards – itself re-opens the question of the media’s effect on justice. Can it influence opinion so powerfully that truth and justice get lost? Or is the role of investigative journalism – usually seen as a bulwark of democracy – precisely to ask difficult questions and challenge corruption?

Several key lawyers have described the series as so one-sided and emotionally manipulative that it might as well be part of Avery’s defence. Others have praised it for highlighting crucial inconsistencies and doubts about the way evidence was gathered and evaluated.

With Avery still in prison awaiting the result of an appeal for a new trial, devotees are already looking forward to another Making a Murderer series, this time asking two new questions: is this latest trial fair, and if Avery didn’t do it, who did?