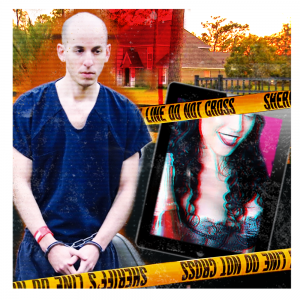 Professing his undying love for her, he showered her with “tips” of perfume, clothes, lingerie and dollar wire transfers. He said later: “I am unable to function normally without her. I cannot survive unless I can be with her.”

Hungry for money to feed his obsession, Grant began to steal from his parents. In three months, he had paid more than $200,000 to finance his double life, securing a loan on the family home and embezzling on Chad and Margaret’s credit cards. He also stole and sold guns from his brother Cody’s firearms collection. He told Silviya he was a successful businessman who drove a BMW and owned a luxurious house.

When the family finally found out about Silviya, they were furious and issued an ultimatum: give her up or get out. The atmosphere in the house was terrible, and Cody confided to his girlfriend that Grant could “kill everybody,” he was so deranged.

His family persuaded Grant to check into a sexual addiction rehab clinic in Fort Lauderdale for two months, dropping him off there a few days before Christmas 2018. He left after less than two weeks.

Chad was enraged when he discovered his son was still communicating with Silviya on Twitter, and confronted Grant on the evening of January 24th, 2019. Father and son shouted at each other for several hours, Chad grabbing Grant by his shirt and shaking him.

Knowing about the family’s problems with Grant, and not having heard from Cody since the previous evening, Cody’s partner asked the sheriff to make a welfare check on the house, and at 9.17 a.m. deputies arrived to find all the windows and doors locked. Hoping to wake up anyone inside, they blasted the police vehicle siren, but no one stirred. Nor was there any sign of Grant’s car.

Eventually, using his knife to unlatch the back door deadbolt, one of the deputies forced his way indoors. A scene of silent carnage awaited him: an entire family murdered by execution-style shots to their heads.

Cody was lying curled in foetal position near the garage door, blood oozing from both eyes. Chad had fallen by the kitchen table, soaked in blood from two ragged holes in his skull. Margaret was slumped across her desk, blood from two bullet wounds drenching papers and phone.

Police put out an all points bulletin for Grant, and tracked him down two hours later to a Hilton hotel near the Universal Orlando theme park…