FBI: “This Is America’s Most Prolific Serial Killer”

FBI: “This Is America’s Most Prolific Serial Killer” 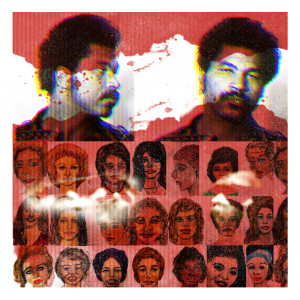 America’s most prolific serial killer, Samuel Little, holds court in a California prison cell where he is serving life without parole for murdering three women in the 1980s.

He has confessed to 90 other killings, and police in dozens of states across America have spent the last five years proving he’s telling the truth.

Little looks like a genial 79-year-old grandad. A worm-size scar from heart surgery peeks over the top of his T-shirt, and age spots mottle his skin. He may be wheelchair-bound and diabetic, but signs remain of the man he once was: a six-foot-three prize fighter with powerhouse hands and a rugged face with blue-green eyes that smiled beguilingly at his victims.

Two of his most extraordinary qualities are his photographic memory and his artwork. He remembers virtually every detail about the women he strangled – dentures, height, glasses, jewellery, clothes – and has drawn portraits of many of them, which police are still using to help identify bodies in cold cases from years ago.

He also remembers how and where he met his victims, the killing itself, and how he disposed of the body. He can describe a landscape down to details of soil and terrain, buildings, street names, or skyline.

Talking about his multiple chokings lights him up like a Christmas tree. He laughs, bangs the table, hugs himself, makes kissing sounds, smiles nostalgically, then wags a finger before scrolling through the album in his mind and choosing one to describe. His eyes grow opaque, he gazes out of the window, and strokes his neck thoughtfully.

He recently told journalist Jillian Lauren about his first killing back in 1970: “She was a big ol’ blonde. Saw her sitting at a restaurant booth in Miami wearing a red leather skirt. Real nice. She crossed them big legs in her fishnet stockings and touched her neck. It was my sign. From God…”