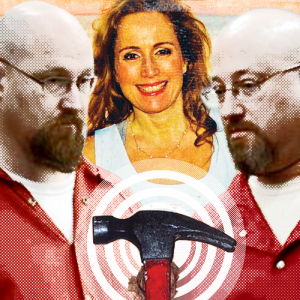 Dr. Teresa Sievers was making a pot of jasmine tea in the kitchen of her Florida home when she heard a faint sound behind her. It was Sunday evening, June 28th, 2015.

She’d just flown back from a family celebration 1,300 miles away in New York and had left her husband and their two daughters there for a few days because she had a clinic next morning.

Before she could turn round, the first hammer blow bit into her skull and she staggered. As the second came, she half turned and recognised her attacker. For a moment they locked eyes and she raised her arms to try and defend herself.

Even the third strike failed to bring her down, almost as if the blows lacked conviction.

“Here, let me do it,” said the other man. “You’re not hitting hard enough. Look, this is her destiny.”

He seized the hammer and smashed her about the head again and again with all his strength, as if she were his deadliest enemy. Police would later find she’d been bludgeoned 17 times.

They left her blood-drenched body face-down on the kitchen floor, and set off on the 1,100-mile drive back to Missouri where they lived, calling in for fuel, drinks and food en route…