Alice’s Head Was All But Severed

Alice’s Head Was All But Severed 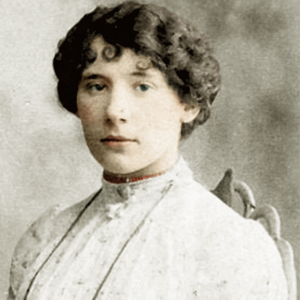 Mrs. Skinner was worried. The young couple who lived next door weren’t answering. She’d been trying to make sure they were up, because they were supposed be leaving for Worcester on the 10.40 a.m. train.

More to the point, the two were due to be evicted today, so they had no choice about leaving the house. Nevertheless, every time Mrs. Skinner knocked on the front door, there was silence.

Eventually, she and some other neighbours decided to force the issue. Using a poker, they broke into the house to see what was going on. Downstairs was empty. Literally – the single room didn’t even contain furniture. Upstairs, however, they found a truly shocking scene.

Two bodies lay on the bed, with blood everywhere – the bed was soaked in blood, clothes strewn on the floor were also soaked with blood and a bloodstained razor lay on the mantelpiece. But then one of the bodies moved. The young man lying on the bed next to the dead woman was still alive.

Unable to speak, with an horrific gash across his throat, he pointed to an envelope. On it was written “I killed her at three o’clock, I have been like this since half-past three.”

Edwardian Cheltenham was shocked to the core by this shocking discovery on Monday, December 14th, 1903. But then the young man survived – what horrific tale would he tell?