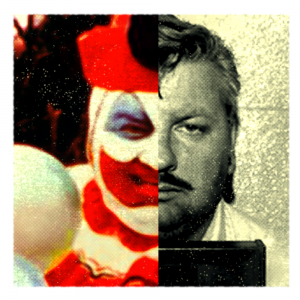 Within hours of committing some of his 33 murders, America’s most notorious serial killer would dress up as Pogo the Clown and entertain children. But on May 10th, 1994, it was somebody else’s turn to play the clown…at John Wayne Gacy’s execution.

Mockingly, revellers painted their faces and donned clowns’ attire as they partied outside Stateville Prison, Illinois, awaiting the death of the 52-year-old building contractor who had managed to stave off this final day on Death Row for 14 years.

“Kill the clown!” the crowd chanted. And then, with news of Gacy’s death: “The clown is dead! Bring us the body!” There were jeers of “Turn that frown upside down – they’ve just fried the killer clown!”

There was even an element of clowning in the execution itself, because for the officials in charge it went embarrassingly wrong. Gacy took 18 minutes to die by lethal injection, double the time the process should have taken.

“Gacy is going to die twice!” screamed another prisoner as 42 witnesses filed into the building housing the death chamber. As things turned out, that inmate’s warning wasn’t far wrong.

Seating themselves on plastic chairs in the yellow-painted viewing room, the witnesses – reporters, prosecutors, Gacy’s lawyers and police who caught the killer – faced a plate-glass screen separating them from the 10ft by 8ft death chamber.

At 12.38 a.m. the blue curtains across the window parted to reveal the mass murderer wearing a blue prison shirt and trousers, lying on a trolley. Straps secured his wrists, chest, hips and ankles, his vast belly protruding between them – his last meal had been Kentucky Fried Chicken, chips, strawberries and Diet Coke.

One of the witnesses later said: “It was freaky. Gacy was grinning and smiling and staring up at the ceiling. He turned to one of the guards, winked and said: ‘You can kiss my ass…’”