Madman Went To London To Kill The Queen

Madman Went To London To Kill The Queen 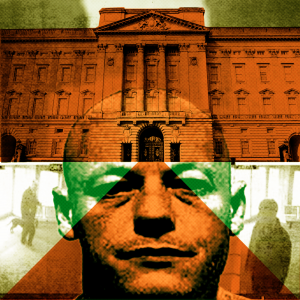 When Ronald Dixon set out from Heaton, Newcastle, to make his way to London he had one object in mind. That was to break into Buckingham Palace, kill the Queen, and take her place on the throne.

For Dixon had convinced himself that he was the true king of England. “I am King Ron,” he told the startled investigators who arrested him in the nick of time. “And I want the place that is rightfully mine.”

Dixon had never made a great secret of his madness to the rest of the world. When he was 21 a psychiatrist examined him and reported mental problems. A year later, after a frenzied middle-of-the-night hammer attack on his parents, he was sent to a psychiatric hospital. Ten years after that he made his bid to break into Buckingham Palace.

On Friday, May 19th, 2006, mental health charity worker Ashleigh Ewing was asked by a colleague as a favour to go to Dixon’s flat and hand him a letter. At 10.20 she knocked heavily on Dixon’s door. He opened it after a few minutes, muttering darkly to himself, and beckoned her in.

A few minutes later the patient living upstairs heard screams and banging coming from Dixon’s flat. Worried, he rang Ashleigh’s mobile, but there was no answer. Next he rang the charity’s office, telling them there had been screams and a commotion, but it had now died down. The charity also tried Ashleigh’s mobile, but although it rang no one answered. The manager called the police.

At 10.50 a.m. Dixon was caught on CCTV coming out of his flat with his dog on a lead. He checked the door after closing it behind him and walked off briskly down Shields Road. He was next seen entering the police station in Clifford Street. Walking up to the desk he said calmly: “I’ve just murdered someone in my house.”

Asked what had happened, he wouldn’t elaborate, beyond declaring over and over again, “I am the king of England…”