38 Years In Prison – For A Crime He Didn’t Commit

38 Years In Prison – For A Crime He Didn’t Commit 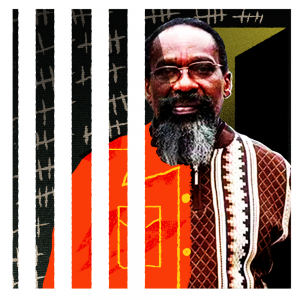 The fire crews did everything they could to save the two-storey apartment house on Maple Street in downtown Jackson, Michigan, on July 12th, 1982.

But, at more than 100 years old, it hadn’t been built to modern fire safety standards. So it wasn’t long before the flames left it a smouldering wreck.

Unfortunately, it wasn’t the only thing destroyed that summer night. Dennis Hall died, too, a resident of the block.And, thanks to the lies of a so-called “witness,” so did Walter Forbes’s freedom.

But Walter was no ordinary young man. Even in 1982, he possessed extraordinary amounts of patience, stolid fortitude and self-belief. For the next 38 years, as he languished in jail for a crime he didn’t commit, he would need every ounce of all of those qualities.

In 1982, Walter Forbes had been a promising student at Jackson Community College. Having raised himself up from deeply humble beginnings in the Projects of one of the USA’s most crime-ridden cities, Walter was determined not to descend into the depths that had dragged so many of his peers down before him.

But his dreams of success were shattered in a series of events that started, as so many tales of woe do, in a bar-room brawl. The difference for Walter was that he wasn’t actually involved. He hadn’t started it, he wasn’t even part of it. His big mistake was that he tried to stop it.

One of the participants, Dennis Hall, was so enraged by Walter’s intervention that the following day, as Walter walked home from college, Hall shot him. Walter survived the attempt on his life, spending the next few months recovering. But as he did so, his life would be turned upside down by an event he had literally nothing to do with.

On July 12th, 1982, the apartment block that Dennis Hall lived in burned down, killing Hall in the process.

Police and fire investigators were convinced it was arson. Investigators initially received a tip-off that the owner, David Jones, had torched the building as part of an insurance scam.

The tip-off was corroborated by another witness, who claimed that he knew someone who had been paid by Jones to start the fire. Sure enough, Jones received $50,000 for a building that had actually been worth a fraction of that.

But for reasons known only to themselves, the police quickly decided the insurance fraud line was bogus.

Instead, they focused on Walter Forbes…