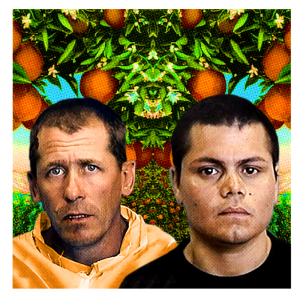 Bordering Los Angeles, Orange County, California, gets its name from its vast orange groves, whose fragrant blossom fills the air for miles around. This was the home of Steven Gordon, 23, who worked for a time at Disneyland and revelled in the Californian dream.

Gordon was also a paedophile. In April 1992 he was jailed for three years for lewd and lascivious acts with two children, one under 14, the other, who was his nephew, under 10. After his release he was convicted of kidnapping his estranged wife, who he met while they were both working at Disneyland, and their four-year-old daughter.

A charge that he raped his wife during her ordeal was dismissed, but Gordon was sent back behind bars for another 10 years.

In the prison’s sex offenders’ wing he met up with an old friend, Franc Cano, 27. Cano was doing time for having sex with his underage niece.

The two prison pals had another bond beside child sex and friendship. This was their ankle bracelets, issued by the state when they were given parole. They soon removed these cumbersome items and hit the road in a Greyhound bus to Las Vegas, under the names of Dexter McCoy and Joseph Madrid.

The Circus Circus Hotel is a huge family-friendly carnival-themed establishment on the Vegas strip. Not long after Gordon and Cano moved in, some hotel guests were complaining to staff about the two men making inappropriate approaches to their daughters. Federal agents arrested the pair and took them back to California.

Was this to be the big reckoning for the two sex offenders who had violated every condition of their parole? Not a bit of it.

For instead of packing them off to prison where they belonged, California’s authorities merely ordered them to provide DNA samples.

They were then treated to a raft of sanctions, such as having their computers compulsorily monitored by parole and probation authorities, checking in once a month with the police department in Anaheim, and having new GPS devices attached to their ankles.

After that they were free to roam. And to rape and murder at will…