Why Toni Jo Went To The Chair

Why Toni Jo Went To The Chair 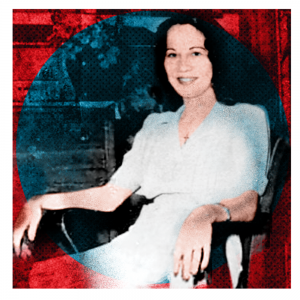 “Let’s see now, Mrs. Henry,” Captain Jones began. “You say you shot this man through the head and left him right where he dropped – but you don’t know where that is?”

“Well, tell us about it again. What did he do and say?”

“He didn’t do anything but march right along with my gun against his back. He said, ‘I suppose you know you’ll go to the penitentiary for this,’ and I said, ‘You know where you’re going and you’d better start praying.’ He got down on his knees and started praying, and I shot him through the head.”

“Then what did you say you did to the fellow with you?”

“He was nothing but a yellow rat, and when I found that out I hit him over the head with a pistol, and left him in the car, unconscious.”

“That was on the highway between Camden and El Dorado, Arkansas?”

Toni Jo nodded, and the officers exchanged glances. They had already contacted officers in those towns, and no unconscious man had been reported found in a stolen car in that vicinity.

“Are you ready to tell us his name today?” Jones continued.

“His name is Arkinsaw – that’s all I know. The only other thing I know about him is that he’s a little yellow rat.”

“You say it was Wednesday night? Today is Saturday, the seventeenth, so that must have been the fourteenth.”

Toni Jo did not reply…