Sex, Lies And A Wife’s Revenge

Sex, Lies And A Wife’s Revenge 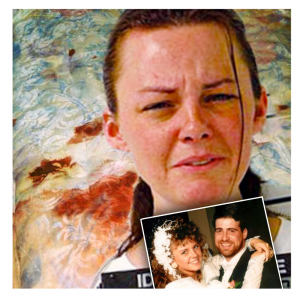 In the small town of Campbell, Kentucky, Bob and Amy Bosley were like royalty. They ran a million-dollar roofing business and had sports cars, horses, their own plane and a 50-foot luxury boat. They also planned to build a castle-like dream home in their 35-acre estate.

They had two sons, Trevor, nine, and Morgan, six, and were both active volunteers in the community, helping others less fortunate than themselves.

They were noted for their good nature as well as their money, but all that suddenly changed with a dramatic phone call around 5 a.m. on May 17th, 2005.

“Someone is breaking into my house!” Amy Bosley frantically told an emergency services dispatcher. “What can I do? Help me, help me!”

Then before the dispatcher could reply, Amy cried, “Oh, my God, he’s shot my husband, he’s shot Bob! I think he’s still in the house…”

Three patrol cars were sent to the Bosleys’ luxury cabin, in an isolated spot off a gravel road in a wood. The once immaculate home was a shambles, with the back door broken in and shattered glass everywhere, and in the bedroom officers found 41-year-old Bob Bosley dead.

“It was a very bloody scene,” Detective Dave Fickensecher said later. “You could see bullet holes everywhere. Bob Bosley had been shot seven times, and the first thing a colleague said to me was, ‘This is overkill. No intruder would kill the guy like this and then destroy the place.’

The two children had been asleep in the first-floor loft bedroom and had not been harmed, though they were woken by the commotion.

“Amy Bosley wasn’t very helpful in describing the intruder. The most distinctive thing she recalled about him was that he stank ‘like body odour, only worse,’” said Fickensecher.

As the Bosleys’ relatives and friends gathered around, wondering who could have launched such a vicious attack on someone as popular as Bob, mounting panic gripped the community.

Two sniffer dogs were brought in but failed to find anything, and the Hamilton County sheriff’s helicopter helped in the search of the heavily wooded area.

Two officers were posted at Grant Lick elementary school as a precaution. The school, which both Bosley boys attended, was about half a mile from the family home. Locals who wondered if a crazed killer was on the loose kept their children at home in the following days…