Why Jack Put His Head In The Noose

Why Jack Put His Head In The Noose 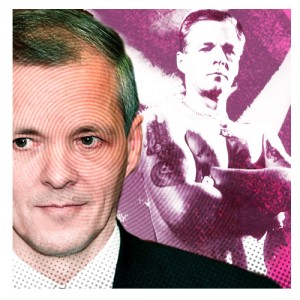 “He was detached and fantastically condescending…much worse than the guards. Jack manipulated the whole prison. Remember, he was a pimp. Pimps manipulate. They control people – the hookers and the customers.”  So said an ex-convict who had been in Stein Prison, Austria, with Johann “Jack” Unterweger – who was imprisoned for the sadistic 1976 murder of an 18-year-old girl.

Unterweger used his life sentence to educate himself, reading voraciously and seeming to channel the pain and anger of his childhood into writing instead of violence. His work was critically acclaimed, and he appeared to have undergone a miraculous metamorphosis. His raw and powerful autobiography Purgatory, or the Journey to Prison – Report of a Guilty Man brought him instant fame, critics hailing it for its “deeply sensitive and authentic tone.”

Jack the killer had transformed himself into Jack the poet. He appeared to be urbane, with a cool intelligence. But beneath the clothing was the heavily-muscled, heavily-tattooed body of an ex-con. On May 23rd, 1990, after serving almost 15 years he was released from prison on probation. He was now a literary cause célèbre, a social commentator, a media figure.

In October a prostitute, Brunhilde Masser, disappeared from her usual patch and was found in woodland in January 1991. She had been strangled with her underwear. More prostitutes began to disappear from Vienna and the southern Austrian town of Graz – seven women were murdered in just eight months.

They had obviously been slain by the same man, since they all bore the distinctive “signature” of the unknown serial killer. Unterweger, meanwhile, covered the story for Austrian television…