Why Christy Gunned Down Her Daughters

Why Christy Gunned Down Her Daughters 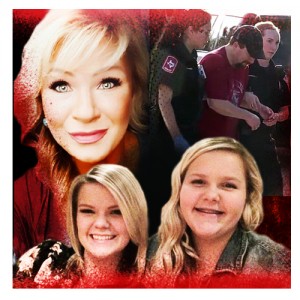 The argument had been festering for some time when the meeting was called. Jason and Christy Sheats had argued earlier in the day. He had told her to shoot herself and do her family a favour. She had replied enigmatically, “No, that’s not what this is about, this is about punishing you.”

Finally, although they had recently been reconciled after a breakup, Jason now said he wanted a divorce. “This is the last birthday you’re going to ruin,” he said.

Jason turned up in the evening expecting to discuss the state of their marriage with Christy and his daughters. It was his birthday but what he didn’t know was that Christy had planned a horrible surprise for him.

Once Jason and the girls had gathered in the living-room, Christy pulled a gun on them. In some crazed corner of her mind, she had decided she would kill the girls in order to punish Jason. She began to fire – hitting Taylor and Madison once each inside the house.

Jason and his daughters ran out of the house into the yard, desperately seeking cover. Christy was hot on their heels and continued to fire the gun.

“Whatever you want I will do it,” Jason screamed in a desperate attempt to calm her.

Christy wasn’t listening. She fired and Taylor fell to the ground – hit in the neck and chest. Taylor had dialled emergency and her laboured breaths were recorded as she lay on the ground dying.

Now Christy had run out of bullets. Calmly, she returned to the house and reloaded. As Madison tried to make a run for it, Christy shot her in the back. She was hit in the head and body.

Jason had made it behind a tree at the end of the cul-de-sac and continued to plead with Christy. “Don’t do this,” he cried. “They’re our kids…”