Mum Turned Her Kids Into Killers

Mum Turned Her Kids Into Killers 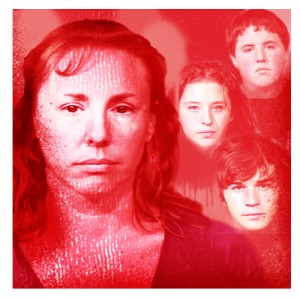 The family lived in Peoria, a respectable suburb of Phoenix, noted for its low crime levels. Steven Gibson Sr. ran a machine shop and Michelle was training to be a nurse. Seventeen-year-old Alysa and her brother Steven Jr., 16, attended the local Centennial High School.

The marriage had begun to founder after Steven became addicted to painkillers following an accident at work. Police had been called to the house several times after reports of domestic abuse, but Michelle always refused to press charges.

In the event of Steven’s death, she stood to gain sizeable life insurance, so her motives for killing him seem to have been money, sex and revenge. But how she managed to manipulate his son, daughter and their friends into carrying out such a terrible crime remains unexplained…

It started, as it so often does, with a frantic 911 call. In the early hours of the morning of March 1st, 2013, Michelle Gibson rang emergency services, screaming hysterically that she and her children had come home to find her husband lying murdered in their garage.

It would end, months later, with the same mother, her teenage children and one of their school friends jailed for life for killing the 39-year-old father and husband in an attack so violent his skull was crushed, his chest ripped apart with stab wounds and the carotid artery in his neck severed.

Detectives working the case described 43-year-old Michelle Gibson as the mother from hell who recruited a team of young assassins to do her dirty work, even enlisting her own children to murder their father. It was hard to imagine a more warped incitement…