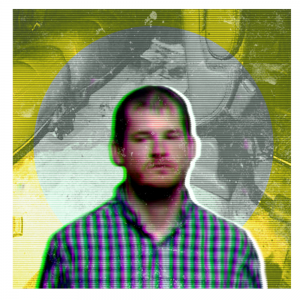 On August 28th, 2014, something appeared to snap inside Timothy Jones, to all outward appearances still the perfect dad. That evening he strangled his three sons and two daughters and stuffed their little bodies into garbage bags, which he loaded into the boot of his black Cadillac Escalade car.

Then he drove off into the night, with no plan, no idea what he would do next.

Amber Jones had no idea where her husband was, or what he was doing. She did not put out an alert because Timothy Jones was the children’s legal guardian. But later, after he had failed to drop them off for a pre-arranged visit, she reported the children missing. This was noted in the police missing persons register.

With the five corpses now on board, Jones was still uncertain what to do next. Retracing his route through debit card purchases, ATM withdrawals and phone records, police later discovered that with the children’s corpses in the back of the car he drove through South Carolina to Lake City and Orangeburg.

As every day went by, the putrid stench of death got worse in the summer sun as he drove aimlessly from town to town and state to state.

His route took him west to Athens, Georgia, and then back to South Carolina, before tracking west to Alabama. Finally, he headed towards the state of Mississippi, where his father lived and where he had graduated from Mississippi State University.

For more than a week he drove around in his horrific hearse, rambling through four states and logging up a total of 700 miles before stopping on a deserted dirt track at Oak Hill, population 650, near rural Camden, Alabama.

Here he dragged the rotting bodies of his children out of the car on to a deserted hilltop crossed by an unpaved, dusty red dirt road scorched by the midsummer heat. Then, one by one, he threw them into a ravine.

After that, he bought bleach and sprinkled it in the car, hoping to obliterate the death smells, and continued his aimless marathon drive…