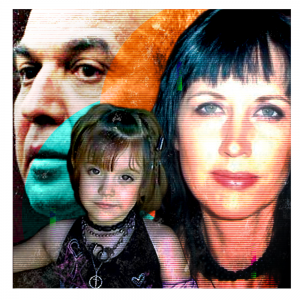 Maybe – just maybe – there was a moment when Michael Barbar had a flicker of self-doubt. Most likely it was when his six-year-old daughter Tamara suddenly woke, panicking in the darkened bedroom, as he wound a TV cord around her neck. How did he find the resolve to keep tightening the noose as she fought for her life?

Easily, as it turned out. In his rage, he had already decided the little girl deserved no mercy. He throttled her to muffle her cries and smashed her head against a bedpost more than 20 times, crushing her skull.

The coldness of this child-killer isn’t altogether surprising when you learn what he’d done immediately before. Moments earlier, with the same TV cord, he’d strangled his wife Maysam. Her fight for life had been severely hampered by the fact that she was handcuffed, her hands bound behind her as part of their sexual ritual.

Now, in the third bedroom, Tamara’s sister, 10-year-old Tarah, was hiding under her bed. She’d heard her sister’s cries and the sounds of her violent death. Trembling, she waited for the killer to come for her.

Instead, she could make out the sound of her father carrying what sounded like rubbish sacks out of the house.

Terrified, the young girl waited to be certain that her father had left before venturing out to discover a scene that would scar her for life.

Shocked and horrified by what she found, she had just one question in her mind. It was one that would exercise the police in the days to come. What had turned a seemingly mild-mannered man into someone who could commit acts of such shocking brutality?