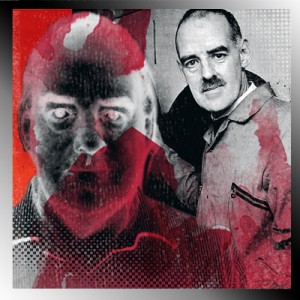 North Wales cinema owner-manager Peter Moore confessed to 17 assaults over a 20-year period, but the police thought the true figure was nearer 50. His murder confessions alone were not enough to secure a conviction: they had to be substantiated. And in case he were later to claim insanity, it was important to record him sanely and calmly describing how he killed each victim, and discussing his motives for murder.

Asked why he had begun killing, going on to slay four men in three months, Moore said that his mother’s death, followed by the deaths of two dogs, a cat and some koi carp, had pushed him over the edge. “Death literally seemed to be following me,” he said, and the act of killing left him with a feeling of peace. He missed his mother “dreadfully.”

He revealed that after one killing he later returned to the scene of the crime to retrieve a black bow tie, lost as his victim fought for survival. Moore said the victim begged for his life for the sake of his grandchildren, and asked Moore why he was stabbing him. “I just said, ‘Fun!’ He looked nonplussed. He carried on screaming.”

Asked whether killing gave him sexual pleasure, Moore replied, “Yes, there is a certain excitement from it. But it certainly wasn’t a sexual excitement…Like everything, it was a job well done.”