Life For The Milkshake Murderess

Life For The Milkshake Murderess 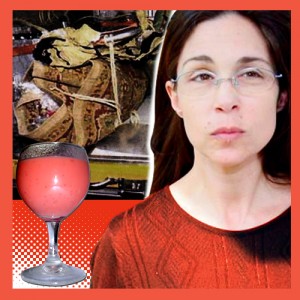 “My husband is not well,” Nancy Kissel, 41, emailed a friend. “I need to take care of something. Sorry – I will be in touch soon.”

But her husband Robert, a wealthy American banker, was not merely unwell, a Hong Kong court was told on June 8th, 2005. According to the prosecutors, on November 2nd, 2003, his wife spiked his strawberry milkshake with sedatives while he watched an American football match on TV. Then she used a lead statuette to bludgeon him to death, attacking him so violently that the ornament’s base was distorted. Each of the five blows to his head drove skull fragments deep enough into his brain to kill him.

The next day, the prosecutors alleged, Nancy Kissel sent one of her maids out to buy parcel tape, and another to purchase rope. She put the statuette and other bloodied items in boxes and bags. After sleeping beside her husband’s body for two nights she wrapped it in a sleeping bag, plastic sheets and a carpet. Then she got four Chinese workmen employed at her apartment complex to carry the heavy bundle to a storeroom she rented in the basement, ignoring their complaints that the package smelled of fish. The Kissels’ four-year-old son held the door open for them…

Read the full report in Murder Most Foul No.100 »