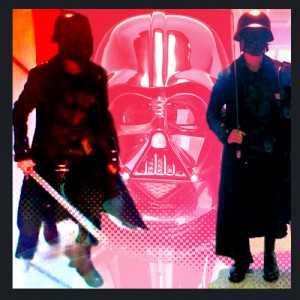 Someone dressed like evil Star Wars character Darth Vader arrived at the door of Kronan School in Trollhättan, Sweden, just before lessons started at nine o’clock. That morning, October 22nd, 2015, was a good day for the 400 students. Tomorrow the half-term holiday would begin.

The man under the helmet and long cloak was Anton Lundin-Pettersson, 21, a vicious fascist and a deeply rooted racist. Carrying a lethal sword he had come to kill as many “immigrant” children as he could.

One of them, Ahmed Hassan, 15, who moved to Sweden from Somalia in 2012, was in a maths lesson when Lundin-Pettersson, brandishing a sword, knocked at the classroom door.

Ahmed, who was sitting closest to the door, went to open it. He had no time to inquire what the strange apparition wanted. Without a word Lundin-Pettersson lowered his sword and plunged it deep into the teenager’s stomach.

Ahmed’s mouth opened in astonishment. He staggered, turned to his classmates, one hand holding back the blood pumping from the gaping wound. “He stabbed me!” he cried. “Look what’s he’s done!” Then he collapsed on the classroom floor.

For a second or two the class was dumbstruck. Then teaching assistant Lavin Eskander, 20, shouted, “Take cover, everyone!” Without further thought he threw himself on Lundin-Pettersson, trying to grab the blooded sword. He missed. Lundin-Pettersson parried and struck several blows before driving his sword into the assistant.

Eskander fell dying alongside Ahmed. The floor was already awash with their blood.

One of the students, overcome with fear, made a dash for the door. The sword slashed through the air and cut him down.

Calmly, still without a sound, Lundin-Pettersson turned on his heel and climbed a staircase to the corridor of the floor above…

Read the full report in Master Detective May 2016 »