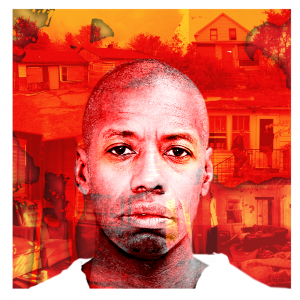 The thousands of abandoned houses and dirt-cheap motels were a hunting ground for a vicious killer such as Vann. It was an area he knew well. It’s an area where young girls who have fallen off the radar can easily disappear; it’s a fertile ground for rape and murder. But seven stranglings – and possibly several more – is rather pushing it…

Darren Vann was quickly in the frame for the October 17th, 2014, murder of 19-year-old Afrikka Hardy at the shabby Motel 6 on the outskirts of town. During interrogation he confessed to her killing and told police he had been involved in other murders. He told police he “messed up,” but was surprised that he had been found so quickly. He said Afrikka was the seventh and he described killing six other women before her, adding that he probably would have continued his spree had he not been apprehended…

By the time of his next hearing, “low-risk” sex offender Vann had led police to Anith Jones, 35, from Merriville, Indiana, who was the only one of his victims to be reported missing, a week before Afrikka Hardy died. He took them to an abandoned house on East 43rd Avenue, where Anith’s body was found. She had also been strangled.

Before going back to court, Vann took investigators on the most gruesome tour of Gary imaginable. They drove around tough areas and Vann pointed out three abandoned houses, each of them containing the remains of one of his victims.

There was Teaira Batey, 28, from Gary who left home to meet a friend on January 13th, 2014, but never returned. Her family waited to hear from her for the next few days, and reported her missing later that month. When police discovered she had been an escort and drug user, they seemed to lose interest in trying to find her.

Kristine Williams was different. She had not worked in the sex trade, and was a mother-of-four with a regular job. Her mother-in-law said she had not heard from Kristine since February 2014. Her body was found in an abandoned house at 4430 Massachusetts Street.

A couple of blocks down the same road, Vann led police to the basement of an empty house where they found the remains of 41-year-old Tracy Martin. That took the total to five women. Five…and counting.

Throwing caution to the winds – or perhaps he just fancied a day out – Vann then took his total of known victims to seven when two further bodies were identified by their remains in a house on East 43rd Avenue. The two women were Sonya Billingsley, 53, and Tanya Gatlin, 27, both local residents.

Gary Police Chief John Doughty said: “Some of the bodies we found are significantly decomposed. There could well be more bodies and we don’t know how long the killing spree lasted. It is possible the investigation will lead to more victims. This is a case that could go on for a long time…”