Scheming Dad Decapitated Son To Hide His Own Shame

Scheming Dad Decapitated Son To Hide His Own Shame 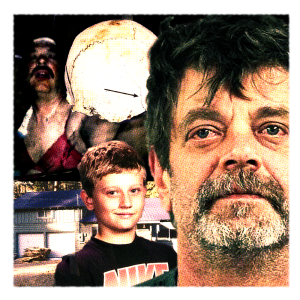 When 13-year-old Dylan Redwine discovered his estranged father’s darkest secrets, his young life was in danger…

It wasn’t until June 2013 that the case finally started to develop. Some partial remains of Dylan Redwine’s body were found about eight miles up Middle Mountain Road, just a few miles as the crow flies from his father Mark Redwine’s home.

It was two more years before a pair of hikers made the grisly discovery of Dylan’s skull, roughly two miles further away, in November 2015. Forensic experts who examined the skull concluded that two marks on it had come from a sharp knife or similar tool, while wildlife experts were certain that no animal would have carried the skull that far from the body.

Other injuries to the skull were consistent with blunt-force trauma, and a fracture above the left eye socket had clearly been inflicted by another human.

Redwine would later try to claim that his son could have been killed by a bear or a mountain lion, but that was instantly dismissed by experts in both forensics and wildlife.

Dylan’s remains were found on an unpaved road through difficult terrain, rarely used by hikers or visitors heading for remote beauty spots. Even so, it was a road that was well known locally, including by Redwine. In fact, there was no shortage of locals claiming to have seen him using it…