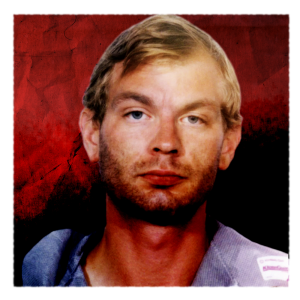 Something died in Tracy Edwards when he stared into the eyes of Jeffrey Dahmer, the serial killer who sexually assaulted and cannibalised at least 17 young men in America during the 1980s. “It was like meeting the devil,” he said. “All the darkness you could ever imagine was concentrated in those eyes. I felt as if I was falling into hell itself…”

“I felt dizzy and disorientated, and Dahmer turned on a video of The Exorcist, mumbling that it was the best movie ever made. Then he opened a drawer in a small filing cabinet next to the bed and pulled out a human skull. He kept rubbing the top of it while he stared into my eyes.

“He was going through some kind of ritual, and kept telling me I was beautiful and stroking me.

“I was completely freaked out, but I tried to keep focused on his eyes, planning how to bolt out of that hellhole. I kept talking to keep his mind off whatever he was intending to do with me.

“Dahmer was going through wild mood swings. One minute he’d moan and whine, then screw his face into a devil’s mask and show me Polaroid pictures of dead men in various stages of decomposition and dismemberment.”

Read the full report in Murder Most Foul No. 122 »