Revealed: The Lies That Launched A Lynching…

Revealed: The Lies That Launched A Lynching… 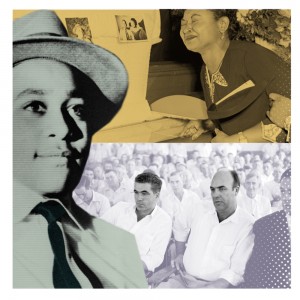 Three days after his abduction and murder, Emmett Till’s body, swollen and disfigured to the point where it was totally unrecognisable, was fished out of the Tallahatchie River. The body was weighted down by a 75lb fan, fastened around its neck with barbed wire.

It was naked except for a silver ring with initials and a date carved into it, by which the body was identified.
Emmett’s head was badly mutilated. He had been shot above the right ear, an eye was dislodged from its socket, and he had been beaten on the back and the hips. Once the shocking discovery reached the newspapers, the story went viral.

The local sheriff’s plan to bury the body as quickly as possible was scuppered by Emmett’s mother, who insisted that it be returned for burial in Chicago. When she picked up her son’s remains at the train station she ordered the coffin open.

Then and there, in one of the most powerful scenes of the civil rights movement, she ran her hands across her son’s body, studying his hairline, teeth and ring, and then collapsed on the station platform, shouting, “Lord, take my soul!” She was taken home in a wheelchair.

Later the undertaker asked her if she wanted her son “fixed up.”

Her decision to leave the lid off the coffin and to delay the funeral by three days revealed to the rest of America – and to the rest of the world – what was happening in Mississippi. Tens of thousands of people lined the streets of Chicago’s South Side to see Emmett’s body, and more than 2,000 attended the funeral…