Andrea Drowned Her Children One By One

Andrea Drowned Her Children One By One 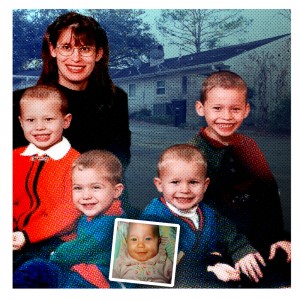 Andrea Yates, a 36-year-old former nurse, had killed her children about an hour after her husband Russell left for work as a computer engineer at the NASA Johnson Space Center. He told the police that for the past two years his wife had been treated for post-natal depression, and some days he had to make frequent checks that she was all right.

In June 1999 she had attempted suicide by taking an overdose of her father’s medication for Alzheimer’s disease, and she had received treatment at a psychiatric hospital.

Her depression had begun after the birth of her fourth child, and she had responded well to medication. “It took a while, but she snapped out of it. She was herself again,” said her husband.

But her depression had returned on the death of her father, sending her into a downward spiral from which she never recovered. Three months after her father’s death, Andrea was under arrest and telling the police how she’d just killed her children.

She said that two-year-old Luke was the first to be drowned in the bath. He was followed by Paul, three, and then five-year-old John. After each child died, she said, she carried them to the back bedroom, dressed them again in their pyjamas and covered them with a sheet.

She then put the youngest, her six-month-old daughter, into the bath. She was drowning the baby when her seven-year-old son Noah came into the bathroom.

“What’s wrong with Mary?” he asked.

Then he fled as his mother straightened up and turned to him. She chased him through the house, she told the police, and dragged him back to the bathroom to share the fate of his four siblings. Mary was dead in the bath when he was drowned beside her.

The baby’s body was placed with the others on the bed, and Andrea phoned the police and her husband, leaving Noah in the bath…