Peter Kürten – My Life Of Perversion And Murder

Peter Kürten – My Life Of Perversion And Murder 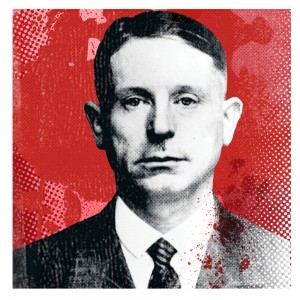 At Kürten’s trial Dr. Wehner, the young defence lawyer, told the court, “Kürten is a riddle to me.” Some murderers killed only men, others killed only women. “But Kürten killed men, women, children and animals – he killed everything he found!”

“And he was at the same time a very clever man and quite a nice one,” the defence medical witness Professor Sioli interjected, to laughter in court.

Earlier, Kürten had told the jury that he confessed to his wife because “there comes a time in the life of every criminal when he can go no further. And that spiritual collapse is what I experienced.”

Seeking the death penalty, in his final speech the prosecutor Dr. Jansen said: “In the opinion of expert psychiatrists. Kürten was fully responsible for his actions. He only murdered in his leisure hours when he knew himself to be free from the supervision of his wife. If he had murdered according to a dark urge or under some compulsion, he would never have chosen his times so carefully.

“As for the theory of expiation – that he sought a victim to appease his wronged sense of justice for evil done to himself – that was not a delusion but a creation of his own imagination, to defend his own actions to himself. Kürten believed he had the right to indulge himself at will at the expense of his victims. The true motive for all his criminal actions was sexual satisfaction.”

After retiring for an hour and a half, the jury returned with guilty verdicts on all the charges, and Kürten was sentenced to death nine times. He refused to appeal, telling Dr. Berg: “It would be the pleasure of all pleasures to hear my own blood gushing into the basket when my head is cut off…”

Read the full report in Murder Most Foul No. 106 »