Michael Hanline Is Innocent – After 36 Years

Michael Hanline Is Innocent – After 36 Years 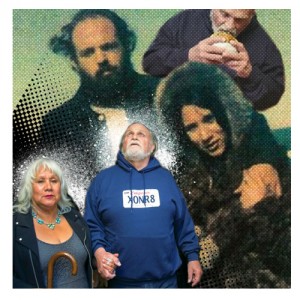 Michael Hanline sunk his teeth into a bacon cheeseburger topped with cheese, stabbed a forkful of fries, and sat back contemplatively for a moment with a can of Coke.

“So this is what real meat tastes like,” he sighed. “I’ve been dreaming about it for thirty-six years. Those commercials weren’t lying.”

It’s November 2015 and he’s sitting in a burger bar in Ventura County, California, with his wife Sandee and umpteen reporters, cameras and members of the California Innocence Project.

His claim to fame is tragic. At 69 years old, he’s the longest-serving inmate California has ever wrongfully convicted, and on this momentous day he’s tasting freedom as well as beef.

Now Sandee hauls out his favourite cowboy boots, the ones she’s been keeping polished for him all these years, since the day a judge married them in the very courtroom where Michael was then sentenced to life for murder.

He used to wear them when he was a biker in the 1970s, but now they won’t zip up past the GPS ankle bracelet he’s still obliged to wear – until the district attorney decides whether or not to re-try him in the light of new evidence. Strictly speaking, he’s only out on bail.

Like many long-term prisoners, Michael has emerged into a world he barely recognises. He keeps asking why people are walking round with little TV sets in their pockets, and why everyone is driving so fast. Computers and the internet are sci-fi to him.

When his prison door clanged shut in 1980, Jimmy Carter was President, The Blues Brothers was a box-office hit, and Pink Floyd’s “Another Brick in the Wall” proved horribly prophetic for him.

But as each year of unjust incarceration passed, he somehow kept a lid on the outrage, anger and bitterness that could have eaten him alive…