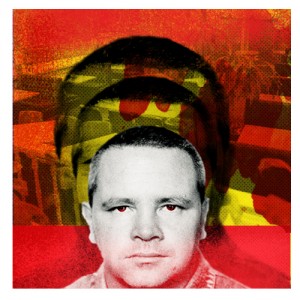 Wade Frankum decided to kill some time on that Saturday afternoon by sitting in the Coffee Pot in the Plaza, a typical late-70s arcade. He drank his coffee at a constant rate of one cup every 15 minutes.

Two teenage girls were sitting in the booth next to him. They were chatting loudly as young girls do, their conversation peppered with giggles and laughs. From time to time, they glanced at the expressionless man in the booth across from them.

Frankum checked his watch now and then. He was on a schedule.

After he had collected his change, Frankum stood up. He pulled a machete from his duffle bag, turned to the booth next to him and plunged the long knife deep into the back of Roberta “Bo” Armstrong, 15, a gifted young dancer. He worked the knife in and out a few times as Bo screamed. She asphyxiated quickly as the blood filled her lungs. Satisfied that his work was complete, Frankum left the knife sticking out of Bo’s chest.

“He was laughing like a madman,” Bo’s friend said.

As people screamed, backed away, pushed over tables and chairs, Frankum pulled a Chinese-made Norinko SKS 7.62 mm semi-automatic rifle from his duffle bag. He looked around for his next victims and focused on the family sitting at the table in front of him…