Massacre In A Market Town

Massacre In A Market Town 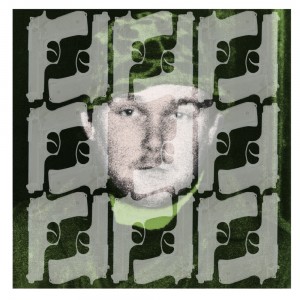 By now the police were being inundated with phone calls. Three patrol cars converged on South View, but Ryan still managed to shoot and wound PC Roger Brereton who was taking up his position in the cul-de-sac. As the officer radioed for help a second bullet struck him in the neck and he slumped, dying, on to the passenger seat.

An ambulance came hurtling on to the scene. Ryan shattered its windscreen with a bullet. The driver, Linda Bright, accelerated away.

A police officer was radioing headquarters when he saw Ryan step out and shoot dead George White and Margery Jackson’s husband, who had arrived in a Toyota car. The car, out of control, crashed into PC Brereton’s patrol car. Mr. Jackson, hit by four bullets, feigned death as Ryan walked past the smashed car.

Abdul Khan, 84, was weeding his front garden. His 81-year-old wife watched helplessly as Ryan shot him dead and wounded another man nearby.

Michael Ryan was now walking along Fairview Road to Hungerford Common when his mother, Dorothy, drove into South View. She saw her home in flames and the homes of her immediate neighbours as the fire spread. Then she saw her son. She shouted, “Michael, Michael! Stop it!”

He raised his Beretta and fired twice. Bullets hit her in the leg and stomach. As she toppled forward he walked over to her and shot her twice in the back. His mother was his eighth killing that day.

Michael Ryan was Dorothy’s only child. He was “a bit of a loner,” said a friend. Given a job clearing footpaths in the town, Ryan would turn up carrying a rifle. “That’s a pretty unnerving thing to do,” said a fellow-worker…