Katherine Skinned And Cooked Her Lover

Katherine Skinned And Cooked Her Lover 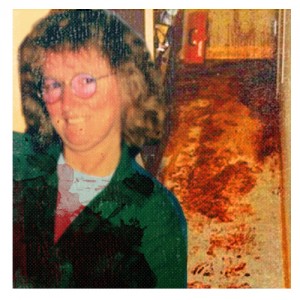 Katherine Knight was an expert with a knife. For her, its cutting edge was an extension to her hand, and she could wield it as effortlessly as a magician does a wand. From the age of 16, when she joined the Aberdeen abattoir, she worked her way up the hierarchy until, after years of training and experience, she became a skilled slaughterhouse woman on the meathouse floor, a realm of sudden death usually reserved for blood-soaked men, coarse of tongue and wedded to their razor-sharp blades.

Her erstwhile partner John Price – “Pricey” to everyone in Aberdeen township, New South Wales – had gone to bed at 10 p.m., and had drifted into sandman country with the aid of a couple of cans of Tooheys New.

His relationship with the “Red Speckled Hen,” as they called her from the colour of her hair, was an ambivalent one, founded on feuding, swearing, and stabbing. Lately (and not for the first time) they had come to an agreement that it was all over. They had lurched from passion to punch-up and back again through six rocky years, before the climactic split on leap-year night in 2000.

Now Katherine was there in his bed in a negligee. The kids were at her niece’s place, she explained to Pricey – she had left them there for the night…

They made love in a starburst of breathless passion, pushing off the covers – it was a pleasant 22 degrees centigrade even in the middle of that Australian summer’s night of February 29th, 2000 –  then slumping into satisfied exhaustion.

Pricey got up and stumbled towards the bathroom. While he was relieving himself Katherine stretched out and drew a seven-inch knife, “its blade curved like a pirate’s cutlass,” from under her discarded clothes, where she had hidden it…

Read the full report in Master Detective May 2017 »