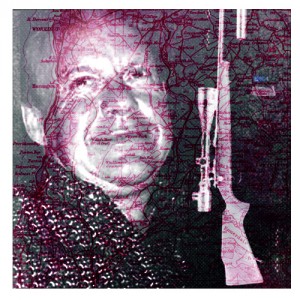 Derrick Bird’s life was in a mess. The self-employed taxi driver hadn’t paid any tax for years. He had hidden £60,000 in a secret bank account and he was convinced the Inland Revenue were about to have him clapped into jail.

On top of all that, he wasn’t on the best of terms with his fellow-cabbies. Friends and acquaintances were beginning to make it very clear to him that he had a personal hygiene issue. Even his cab wasn’t clean, they said.

Bird – Birdy to his buddies – lived alone in a shabby terraced house in Rowrah, Cumbria, where for those who knew him he was a quiet, popular man. But those who knew him evidently didn’t know him well enough. For locked inside his mixed bag of problems was a paranoiac volcano that was about to erupt with devastating consequences.

Within a few more hours the whole world was to know Bird and his problems when the smouldering volcano finally exploded and sent him on a shooting rampage killing 12 people and wounding 11 others. Two of the dead and one of the injured were taxi drivers.

Two days before that catastrophe Bird aired his latest gripe, claiming his taxi-driving colleagues were queue-jumping and stealing fares from under his nose as he waited his turn on the cab rank. “I’ll sort this out,” he said, heading for the local pub, where he started to drink heavily.

That was on Saturday night, May 30th, 2010, and all that weekend he continued to simmer.

By Monday night, June 1st, he was seething. He calmly shook the hands of the other cabbies in the pub and told them: “There’s going to be a rampage tomorrow.” To one of them he added, “You won’t see me again.”

Bluster? Bravado? The cabbies smiled and turned away. It was neither of these things, they reasoned, just a lonely guy who’d had too much to drink. Understandably, perhaps, no one formed a link between Bird’s chaotic state of mind and the fact that he held a licence for a 12-bore sawn-off shotgun and a .22 rifle…