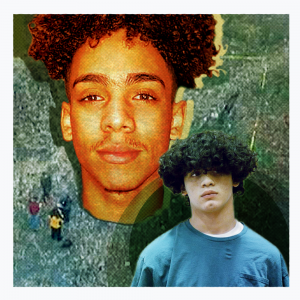 Like most owners and their dogs, Joe Rogers and his black Labrador, Buster, would go for a long walk together every day, rain or shine.

A favourite route of theirs was to follow the banks of the Merrimack River in Massachusetts for a few miles, while Buster chased a ball or sniffed out sticks to chew on.

But one cold, autumn morning in 2016, Buster would find something genuinely horrific.

As usual, he had run on ahead of Joe, searching out good places for a sniff or a root around. On this particular morning, he discovered a large object that had washed ashore.

As Joe got nearer, the lump turned out to be the body of a young man. A young man who had been decapitated, and had his hands cut off.

In horror and shock, Joe called the police, who made a search of the area. Police divers eventually found the boy’s head wrapped in a supermarket bag bobbing in the water nearby. They never found the hands.

Until then, the main claim to fame of the nearby town of Lawrence was that the legendary poet Robert Frost had lived there. But now, it was catapulted into the national headlines.

And what everyone wanted to know was this – who could have done such a shocking thing to a teenage boy, and why?