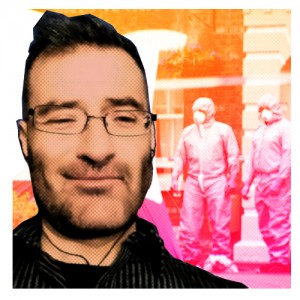 Stefano Brizzi’s first thought was to get rid of the body. He dismembered it first, disposing of part of it in the River Thames, and trying to dissolve the rest in acid in his bath.

He was still working on it when, five days after the murder, he visited a DIY shop near his flat and spent nearly £140 on equipment including a big plastic bucket, a perforated metal sheet and cleaning products. CCTV footage showed him in the shop, inspecting the bucket he intended to buy.

At Brizzi’s subsequent Old Bailey trial for murder, Crispin Aylett QC, prosecuting, said: “Bearing in mind he planned to dissolve the body in acid, he was interested in the make-up, the constitution of the plastic buckets.”

The prosecutor suggested the perforated sheet was to “grate” the police officer’s flesh. Brizzi, he said, “grated his victim’s flesh from his bones before eating some with chopsticks.

An odontologist, he added, had found that Brizzi had eaten part of the body of the victim. The odontologist had matched a bite mark on a rib discarded in the kitchen bin with the defendant’s lower teeth.

But the killer’s plan to destroy all the evidence was still not complete before neighbours complained to the police about the “smell of death” coming from Brizzi’s flat. Police swooped on the Peabody Estate flat.

Brizzi opened the door to them dressed only in pink underpants and aviator sunglasses.

“I’ve killed a police officer,” he said. “I’ve tried to dissolve the body. I killed him last week. I met him on Grindr and I killed him. Satan told me to.”

Read the full report in True Detective May 2017 »