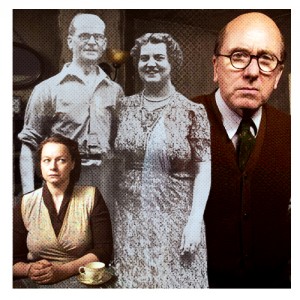 Ethel Christie was last seen on December 12th, 1952, and her husband John Reginald Halliday Christie later said she had gone away. In the following month he sold most of their furniture, and in March 1953 he moved out and went to live in a hostel.

On March 24th a tenant at 10 Rillington Place began cleaning up the Christies’ former ground-floor flat in preparation for new occupants. In the kitchen he knocked against a wall, heard a hollow sound, and saw that part of the wall was patched with a loose piece of paper.

He tore it off, saw it had covered a cupboard, and when he shone a torch through a gap in the boards it illuminated the naked back of a body. Police were called and the cupboard was opened, revealing the corpses of three prostitutes.

Twenty-six-year-old Hectorina MacLennan was the first, her wrists tied with a handkerchief; Kathleen Maloney, also 26, was partly dressed and wrapped in a blanket; Rita Nelson, 25, was six months pregnant. All three had been partially gassed and then strangled, all had a nappy-like piece of material between their legs, and all had had sex around the time of their deaths. Kathleen and Rita were believed to have been killed in late January, Hectorina on or about March 6th.

A few hours after the bodies’ discovery, Ethel Christie’s strangled corpse was found under the flat’s front-room floorboards…