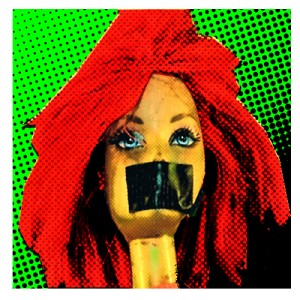 “My best friend’s dead in the flat,” Kayleigh Woods, 23, told emergency services. It was a little after 7 p.m. on February 3rd, 2016 – a freezing cold night in Stratford-on-Avon. Kayleigh had waited more than 12 hours before calling the police.

When officers arrived at the ground-floor flat in leafy Hertford Road, they found Bethany Hill, 20, dead on the bathroom floor. An attempt had been made by someone to clear up the blood around the flat but it had proved too much.

Three days after Bethany had been killed, officers visited a relative of Kayleigh’s. They found some boxes that months earlier Kayleigh had asked her relative to store for her. Inside one of the boxes, they found a fetish doll.

It was a naked Barbie with its hair dyed red – just like Bethany’s. The doll had been trussed, taped and sliced in a dummy run for what Kayleigh Woods and her lover Jack Williams had decided must happen to Bethany. It proved to be a significant piece of evidence.

Searching the flat in Hertford Road, police found a screwed-up ball of duct tape and later a discarded roll of tape in a bag.

Mr. Linehan described what had happened to Bethany. “She was tortured, then she was killed. Bethany Hill was bound and possibly gagged, using duct tape, as part of the attack that led to her death. Kayleigh [Woods] and Jack [Williams] did it together.”