Author In The Cesspit

Author In The Cesspit 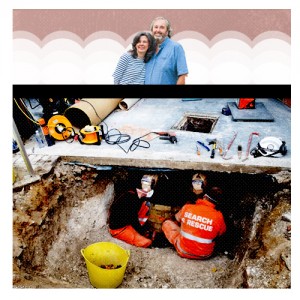 Concerned at how quickly life can be snatched from us, Helen rushed to change her will in Stewart’s favour. “If anything, God forbid, happens to me, the one thing I want to make sure is that Ian and the boys have the security of this house,” she told a friend.
“She signed her own death warrant in doing that,” the friend said.
Prosecutor Stuart Trimmer described how Stewart had played “the long game” in his desire to get his hands on Helen’s wealth.
For several months, Stewart fed Helen the drug Zopiclone, possibly by mixing it with her scrambled egg. As a hypnotic, the drug produces a strong sedative effect, leading to a sense of weakness and dislocation. It is normally prescribed for insomniacs but should only be used for short periods as it can be addictive.
By this stage, Stewart would have been aware that he was the heir to Helen’s home, plus her cottage in Kent – and around £1.8m in Helen’s investments.
A police sergeant described for the jury how he had discovered Helen’s body in the cesspit beneath a crust of sewage. “I started prodding and poking the crust and after a while a crack started to form. I was prodding with this garden hoe and I realised I was hitting a different object to the crust – it was slightly softer and spongier.
“Once I moved the crust away, a body came to the surface and I was able to confirm it was a full body and it was intact.” There remains a horrifying possibility that Helen and Boris were still alive when they were thrown into the cesspit…