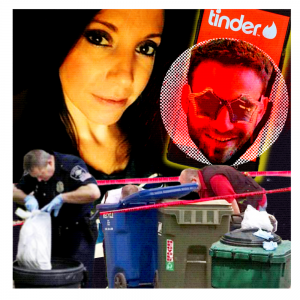 Mike Novasio opened the back door of his Seattle home and sauntered down the drive to retrieve his recycling bin. It had been emptied the day before, so he couldn’t understand why it felt so heavy. Peering inside, he saw three white rubbish bags, all neatly tied and packaged.

Irritated that someone must have dumped their recycling in his bin, he went to grab one of the bags, but found he could hardly lift it. When he finally heaved it onto the lawn, he thought he was hallucinating. Squashed against the plastic were the flesh and features of a human face and head.

Feeling the breakfast he’d just eaten lurch in his guts, he dragged out the other two bags. They contained feet, arms and a leg.

Over the next few days, body parts were found in identical white bags by bin men in two other Seattle locations. By then, the victim had already been identified, and her killer arrested for a horrific crime he claimed he could neither explain nor remember…