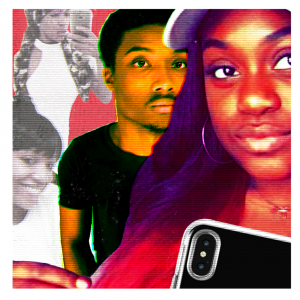 Sarah Butler wasn’t a sex worker. The 20-year-old was from a good family that she loved, and being paid for sex simply wasn’t something that she would normally consider.

However, Sarah was also a typical college student, struggling to pay her way, and desperately in need of money to continue her studies at New Jersey University.

So when she was contacted by Khalil Wheeler-Weaver, who was offering her $500 to have sex with him, she refused at first.

They continued to exchange texts and emails over a few weeks, but his profile, his friendly chat and his studious looks meant that, despite her reservations, she was attracted to him.

So they arranged to meet on November 22nd, 2016. On her way out, she texted Wheeler-Weaver, saying “Don’t be late.” And as a joke, she added “By the way, you’re not a serial killer, right?”

“Of course not,” he replied. “I’m very shy. I’m a nice guy just looking for some female company.”

So Sarah borrowed her mother’s dark blue Dodge SUV, telling her she was going to meet a friend.

Thinking nothing of it, Mrs. Butler threw her daughter the keys and blew her a kiss. It was the last time she’d ever see her daughter alive.

Ten days later, Sarah’s body was found in a shallow grave, covered with leaves, in a nature reserve near a popular picnic spot in the Eagle Rock Reservation in West Orange, New Jersey. Her mother’s SUV was found at an abandoned building site in neighbouring Essex County.

This wasn’t the first time that 22-year-old Khalil Wheeler-Weaver had killed.

In 2016, his first victim was Robin West, a 19-year-old escort originally from Philadelphia who had been living in a cheap motel in Union Township.

Her body was found in an abandoned home, strangled and burned to death. Her remains were so badly disfigured that she could only be identified by her dental records.

Then Joanne Brown, a 33-year-old prostitute, was discovered dead in another abandoned building. She had last been seen alive on October 22nd, 2016, and her body was discovered on December 5th.

Wheeler-Weaver’s next victim, however, actually got away. On November 15th, 2016, a week before Sarah Butler disappeared, a woman known only as “TT” approached police to say she’d been attacked and nearly killed. TT was 34 years old, relying on sex work to get by. At the time, no one made the link between her and the other two victims.

But barely a week later, Khalil Wheeler-Weaver met Sarah Butler. And in Sarah’s family, he also met his match…