Chilling Crimes Of The Slaughterman

Chilling Crimes Of The Slaughterman 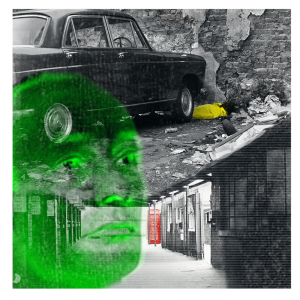 “Have you found the body yet? There will be four more. This is the Ripper.”

This chilling call, received at Cardiff’s police headquarters at 4.36 a.m. on June 27th, 1971, was the second made by a man early that morning. In a 999 call received an hour earlier, he said: “There is a woman’s body near a motor in West Canal Wharf [Wharf Street]. She has been murdered. Her throat has been slit, her chest cut, and she has been raped.”

The police had already been alerted to this by a passer-by, who spotted the semi-naked body lying face-down in front of a car on a patch of waste ground. Officers had arrived at the scene shortly after 3.30, and they had been shocked by the extent of the woman’s injuries, which looked like the work of a slaughterman.

A deep gash across her throat would have caused almost instant death, and she had numerous lacerations on her forehead and torso, one wound appearing to be an attempt to open up her chest.

The first anonymous phone call was traced to a kiosk in Adam Street, about half a mile from Wharf Street. The second call had been made from a phone box at a British Steel Corporation factory in the city…